Mahogany Speaks To You

Are You Guilty of Listening to but not Hearing Your Friends?

Recently on the reality television series 'R&B Divas LA', singer Michel'le confided in singer Lil' Mo that she was not ready to pursue any new relationships. She actually confessed that she viewed men as children and work that she wasn't looking to have in her life at the time. Michel'le proudly admitted that she was simply enjoying being on her own, coming to better understand herself and pursuing her own life goals at the moment.

Lil' Mo, who clearly had found love and happiness with her new husband, was determined to set Michel'le up with someone, even if it was her father-in-law to get her out of the house and into the world. Clearly, although Lil' Mo thought that she was acting as any good friend would in trying to help Michel'le find a similar bit of happiness in a relationship, she was genuinely disappointed when her efforts went awry.

Viewers of TV One's 'R&B Divas LA' are very familiar with Michel'le's troubled history as she has bravely shared with the world that she suffers from depression, suicidal thoughts and at least one failed suicide attempt. Last season and this season, fans of the show saw Michel'le seek help from a mental health professional who has been  working with Michel'le to help her better understand her condition(s) and reasons for why she made the decisions she has made in her life. It would seem that Michel'le clearly was on a path to address her own needs.

Ultimately, Lil Mo' became furious with Michel'le when she failed to show up for the double-date event that she arranged for Michel'le and her father-in-law. Though Michel'le cited a few reasons during episode 4, 'A New Idea, A New Diva' of season three of 'R&B Divas LA', it was clear that Michel'le not showing up to the double-date event was her way of once more re-stating her position that she was not quite ready to date anyone.

It was seemed fair that Lil' Mo was upset with Michel'le for not calling her to say she would not show up for the date but was Lil' Mo guilty of not hearing her friend when she laid her cards on the table about not being ready to date?

Are you guilty of listening but not really hearing your friends? We often want the best for our friends --especially when we are in a good place in our lives. However, our journey is not necessarily their journey and vice versa. So, while your happiness may be alive and well in the new relationship you have secured in recent weeks and months with newest love of your life, your friend may have just figured out how to love his or herself.

Are You Guilty of Listening but Not Hearing?

Let's face it...at some point, all of us have been guilty of listening to our friends but not really hearing what it is they are trying to tell us. We get so caught up in our own lives or trying to be a good friend that we sometimes fail to accept our friends place in the world for where they are and decidedly try to move them to where we want them to be so that we feel better.

Consider this, your friend tells you they are thinking about relocating to a different state due to there being greater opportunities in a particular location in their career field and he/she is interested in finding a new job that suits their needs and aligns closer to long-term career plans. In addition, they want to put a fair amount of distance between them and their family who seems to be imposing on his/her personal life. You suggest to the friend that they are making a mistake and that he/she should just stay in the area but relocate to another part of town and keep their job.

Are you guilty of hearing your friend but perhaps being selfish in your motives? Take the friend who wants to move out of state. While moving out of state for a new job might get them to where he/she needs to be from a professional and personal standpoint, for you, it would create the loss of a close friend living nearby.

Close your mouth, open your ears, and simply....be there for your friend.

Remember that in order to be a true friend, you also  need to know when its time to be supportive of your friends goals and accept them for where they are in their life's journey. Even if you don't agree with their decisions but know that it is one that is truly tied to where they are in their journey, close your mouth, open your ears, and simply....be there for your friend.

Make Your Favorites Someone Else's Favorites by Donating

It is almost time for “Spring cleaning.” As you think about cleaning out your own home, think about how you c
an share your items with others. Read more...

Are you currently out there navigating the world of online dating? Here are a few things to keep in mind to survive the journey.Read more...

Avocados are Still Good for You in 2015!

Avocados are a nutrient-dense fruit that is filled with many health benefits including vitamin C, vitamin E and beta-sitosterol, which helps to control cholesterol levels in our bodies.Read more...

Prolonged sitting can lead to pain in the lower back region. There are things that you can do to help decrease the risk for this condition. Learn More....
Advertisement 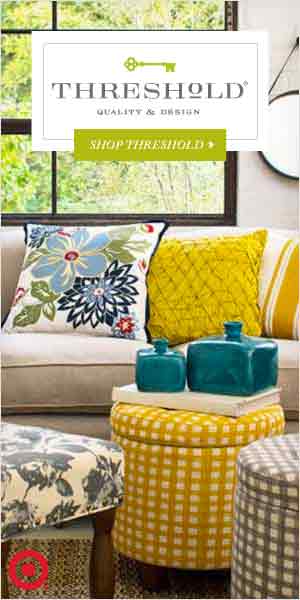